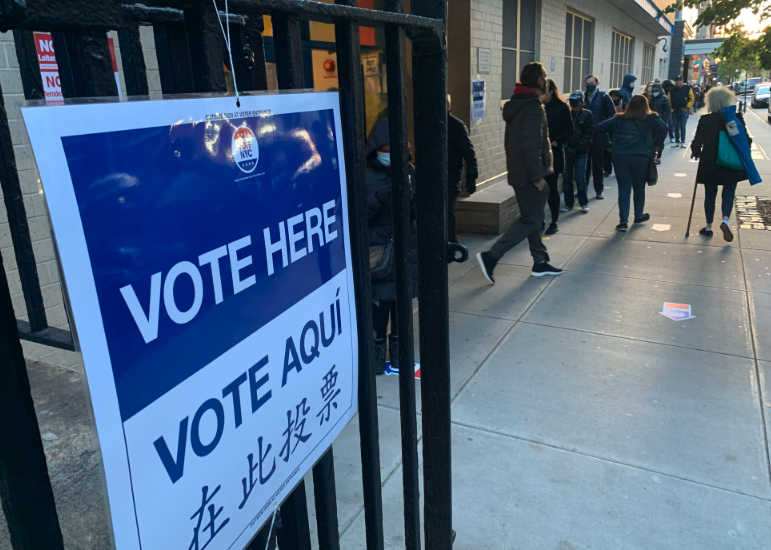 Winnable elections: For many candidates, running for office is the fulfillment of a life’s dream. It’s heartbreaking to watch candidates lose winnable races, making the same common mistakes each cycle.

With less than a month until Election Day, time is running out to make the changes to your candidate’s message and voter contact strategy to help them edge out their competition and come out on top.

Is your campaign at risk? Here are the top five warning signs:

You Ignore the danger of under-voting.

In midterm elections where major candidates and party organizations push low-propensity voters to the polls, down-ballot candidates are at a greater risk of falling victim to under-voting.

It’s surprisingly common for low-propensity voters to support the most well-known candidates at the top of the ticket: those running for governor, Senate, or Congress, and leave the rest of their ballot blank for state, county, and local offices.

In Ohio in 2020, for instance, Donald Trump received 3,154,834 votes to Joe Biden’s 2,679,165. Yet in that same election, liberal Supreme Court candidate Jennifer Brunner defeated conservative incumbent Judy French by 2,695,072 to 2,174,820. Nearly one in three voters who chose Trump for president failed to vote for French.

This tends to be a blind spot for local candidates because they’re so passionate about their community and often associate with people who feel the same way.

If you’re running for a state, county, or local down-ballot race, simply making sure your name is the most recognizable can be enough to spur a voter to choose you, particularly when partisan cues aren’t present.

In many states, early and mail-in voting has already started or will begin within days. It matters which voters you contact, how you connect with them, and what you choose to say. There’s still time to adjust your strategy, and ultimately change the outcome of a close election.

Your message is all about YOU, YOU, YOU.

The average human has an attention span of eight seconds … one second less than a goldfish. We’re bombarded by 10,000 ads every day. That means most voters will either miss, ignore, or disregard messages about your candidate’s 27-point policy agenda and long list of qualifications.

You will get voters’ attention by focusing on how you will improve their lives if you are elected. Your voter must be the hero of the story in every voter contact, whether that’s a phone script, a text message, or a digital ad.

Every successful voter contact program will include multiple touches to the same list of voters. After all, when you’re competing with 10,000 ads every day, you need to reach your target audience many times for your message to stick.

But few things are more discouraging than repeatedly calling the same wrong numbers or knocking the doors of people who have already voted.

Using data collected from one round of voter contacts to inform what you do next used to be limited to major campaigns and data experts. But with today’s tools, there’s no excuse for any campaign to ignore the basic blocking and tackling of organizational politics.

In 2020, we helped one campaign increase their voter contact by 42 percent just by removing people who already voted, moved, or did not support our candidate.

In his recent book, Under Fire: 13 Rules for Surviving Cancel Culture, Wesley Donehue says you won’t make Internet trolls happy no matter how many questions you answer. So what should you do? State the facts. Put forward your own agenda. Talk to persuadable voters in a way that makes them the hero of the story. Stop answering the Internet trolls.

It’s hard to keep the right perspective when you, your family, and your ideals are being attacked. So put your strategy in place before the mud starts flying.

Internet trolls are paid very little attention by the voters who decide close elections. And if the voters who matter aren’t paying them any mind, neither should you.

You fail to maximize people who want to help.

Whether you have two volunteers or 200, making sure you maximize their efforts will pay an exponential return on your investment.

This means having organized, meaningful activities for them to do, and repeatedly thanking and recognizing them for their contribution.

A simple way to increase your volunteers’ effectiveness is with vote tripling.

Any time your volunteers identify a new supporter, have them ask one simple follow-up question: “Will you call or text three friends and remind them to vote for me?” The New Yorker featured a 2020 pilot project on vote tripling and the “large and statistically robust” power of relational organizing. You can learn more here .

CampaignHQ can help you win your races, learn more on our website or call us today.