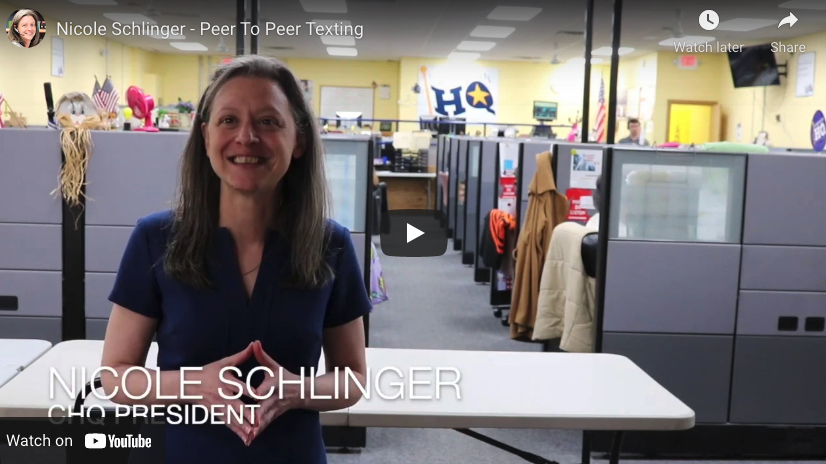 Are you texting your voters with sound and video?

If not, you are missing out on a major opportunity!

Low propensity and undecided voters are notoriously hard to reach. Your campaign budget probably includes TV, digital display, and social media ads all targeted at this group. That’s great … you should keep doing that!

But the only way to SHARE your sound and video … AND engage voters in a conversation about what they’ve seen is through peer to peer text messaging.

Here at CampaignHQ, we don’t just specialize in sending out peer to peer text messages (although I admit we’re pretty great at it!)

We specialize in having conversations that communicate your message and drive results.

We recently spoke with a Congressional candidate whose district includes six different DMA’s. In some markets, this candidate would be advertising to an audience where 80% of the viewers live outside the district.

Based on previous campaigns, we estimated that it would cost well over $1,000,000 to reach his target universe with enough frequency to register awareness.

However, we could text the people in his target universe 14 times for less than 20% of that, sharing a variety of messages including sound and video, and having an interactive conversation to find out what those voters think.

This would enable the candidate to capture information about individual voters, their candidate and issue preferences. In fact, this could even replace part of his ID and turnout budget.