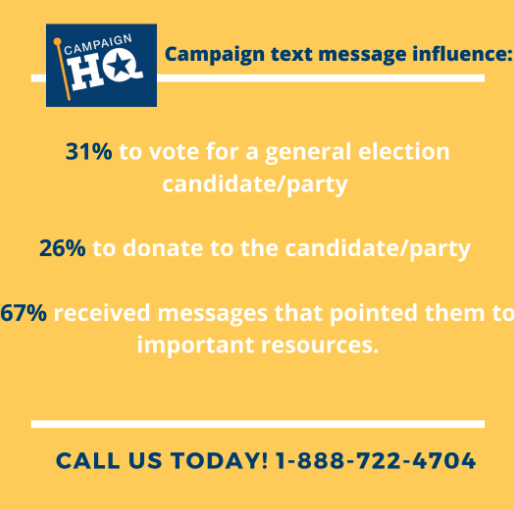 The lookbacks to the 2020 election keep coming – and this time it’s all about peer-to-peer texting and its effectiveness in the past election cycle.

CampaignHQ knows the tremendous asset conTEXT can be to any candidate, elected official, organization or association. The value of peer-to-peer texting is that a real human being is making a connection with another.

While you have limited characters to work with, peer-to-peer texting is good for EVERYTHING.

CHQ is the industry leader when it comes to peer-to-peer texting. Our team knows how to deliver the right message to help you be successful. Our agents personally send and reply to every single message. We can even track who clicked on your link!

conTEXT is an incredibly effective tool and CampaignHQ is an award winning company who will deliver your message.